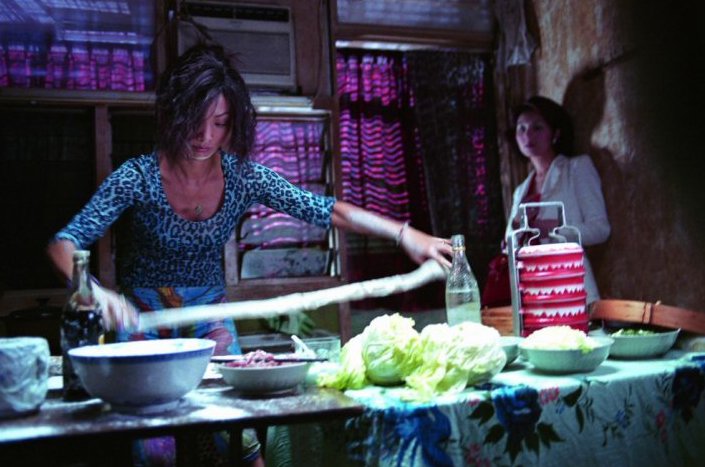 Fruit Chan’s Dumplings blends the conventions of the food film genre with Hong Kong horror in the shape of a gruesome tale of cannibalism. Aunt Mei, a former gynaecologist who used to work in an abortion clinic in Shenzhen in mainland China, is now serving dumplings filled with chopped up foetuses in her small apartment in Hong Kong. Her dumplings are supposed to have a rejuvenating effect. Mrs Lee, an actress in her sixties who is concerned about her fading beauty, is a regular client of Aunt Mei since she hopes to regain her philandering husband’s affection by looking more youthful.

Dumplings illustrates the ambivalence of exoticism, both alluring and threatening. It invokes cannibalism, which is an integral part of the discourse of alterity and the ferocious savagery of exotic tribes, and situates it in the context of contemporary Hong Kong and China. It capitalises on an imaginary of China as a place with unsavoury food practices (the consumption of animals, baked placentas, etc.) as well as Chinese herbal medicine and medicinal cannibalism.